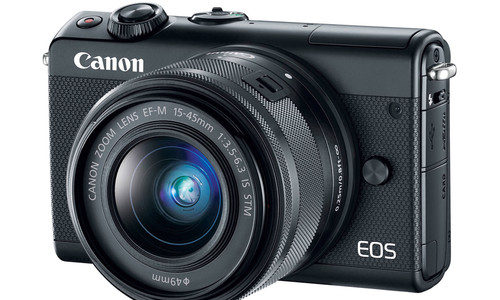 Another excellent deal by B&H Photo.

Get the Canon EOS M100 bundled with the Canon PIXMA Pro-100 professional photo printer, a 32GB memory card and a camera bag, all for $359, after $350 mail-in rebate (instructions) and additional instant discount by using code PPEBH18 at checkout.

How to: you have to manually add the Canon PIXMA Pro-100 printer to your purchase. Then, at checkout, apply code PPEBH18 and successively claim the $350 mail-in rebate (instructions). That’s the final price of $359.

This deal is part of B&H Photo’s Photo Plus 2018 Special Offers, all discounted items are listed here.

This is not a new rumor, it surfaced previously. We got a hint that Canon will announce the replacement for the Canon EOS M10 at the end of August 2017.

I can’t rate this more than CW3 for the time being, though the likelihood of an August announcement is high.

The EOS M10 is Canon’s entry-level MILC, it’s safe to assume the EOS M20 will follow in its footsteps. The moniker “EOS M20” was suggested to Canon Watch in June 2017. We also know that a Canon entry-level camera was registered at a certification authority back in May 2017. While there are still some doubts about the name, it’s sure that there will be an EOS M10 replacement.

So what about the specs? None leaked so far. The EOS M20 will not be a powerhouse, but you can assume that some of the features introduced with the EOS M5 and EOS M6 will find there way to Canon’s next entry-level MILC. The only thing I feel I can say is that it will have a 24MP sensor, like all recent Canon DSLRs and MILCs.

If an August announcement is to take seriously, then we will soon see some leaked specs and images.

We knew Canon would release a new entry-level mirrorless camera since registration at a certification authority leaked over the web. And we anticipated it might be named EOS M20.

New rumor has it that Canon will announce the EOS M20 at the end of August 2017.

No specifications so far. Being the replacement for the EOS M10 and an entry-level MILC, it will not be a powerhouse, though some of the tech and features of the EOS M5 and EOS M6 might be on board.

Offering a simple, effective user experience, this camera is not equipped to rattle off a big burst of RAW images or record 4K video, but it can easily capture fine images at a fairly wide range of ISOs. When considering the Canon EOS M10, you need to keep your expectations in check with its entry-level status (and price point). Right now, you can purchase an M10 with the 15-45mm kit lens for only $450 ($150 less than MSRP). Considering its good image quality and intuitive, simple controls, it strikes me as a good option for someone looking to make the upgrade to his or her first interchangeable lens camera, while still keeping everything lightweight and compact. Read the review…

The EOS M10’s weakest point appears to be the auto-focus. The strongest are the ease of use, the well working touchscreen, and the excellent image quality we are used to get with Canon.

The Canon EOS M10 has a lot more in common with the original EOS M from 2012 than last year’s more enthusiast-focused EOS M3, sharing the same 18 megapixel sensor and simplified control layout as Canon’s first compact system camera. Thankfully, it also inherits some of the EOS M3’s key improvements, including a much faster AF system and wi-fi/NFC connectivity. We can also pardon the omission of a viewfinder, flash hotshoe, second control dial, exposure compensation dial and handgrip, given the camera’s entry-level status. Perhaps the biggest step forward is the inclusion of the new EF-M 15-45mm f/3.5-6.3 IS STM collapsible standard zoom lens, which makes the overall package much more compact than before. The result is a relatively cheap and very cheerful camera that’s well suited to its target beginner audience, although more serious photographers will inevitably want to look elsewhere. 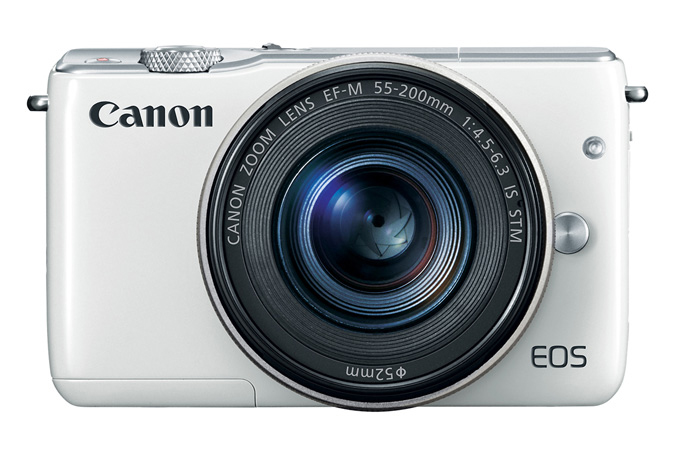 Cinema5D posted a short review about the Canon EOS M10 from a videographers point of view. Pretty interesting.

The Canon EOS M10 is an entry-level large sensor camera. If you are willing to compromise functionality and video quality, this is the camera for you. Personally, I find it hard to work in bright daylight without an EVF. Also, no audio input is an obstacle for me when it comes to documentary style shooting.

On the other hand, if you like that “Canon look”, this camera certainly has it. Furthermore, if you are a Canon user who is looking for a B camera to have in your bag, this might be a perfect option if you’re on a budget. Read the review…

For the time being I have no clear idea how well the  EOS M10 is selling.