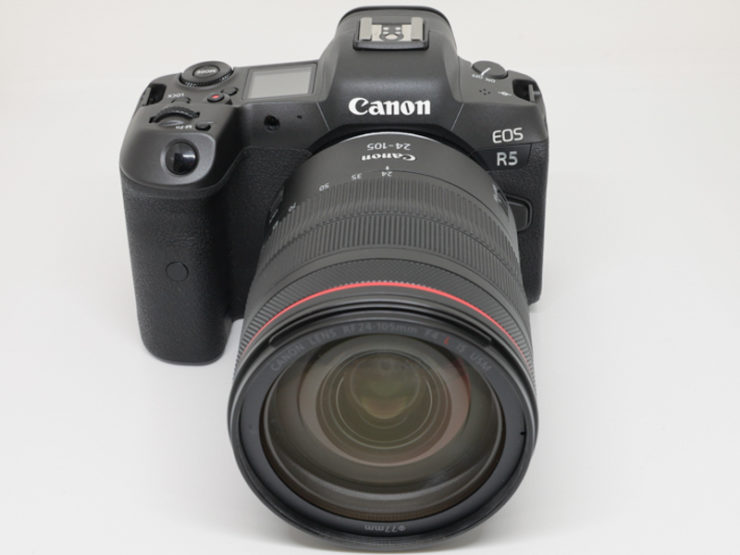 Courtesy of DC.Watch, here is a set of images of the upcoming Canon EOS R5.

The development of the Canon EOS R5 has already been announced, we expect Canon to release it before the Summer Olympics. All we know so far about the EOS R5 is listed here.

Canon’s EOS R5 press release can be read after the break.

The Next Generation: Canon Announces The Development Of The Company’s Most Advanced Full-Frame Mirrorless Camera Ever – The Canon EOS R5

Canon’s EOS R5, the first of the next generation of full-frame mirrorless cameras planned for EOS R System, will include a newly developed CMOS sensor. The new sensor will enable enhanced features such as high-speed continuous shooting up to approximately 20 frames-per-second (FPS) when using the silent shutter and up to approximately 12 FPS when using the mechanical shutter –A feature professional sports and wildlife photographers will find to be extremely impactful on their ability to capture fast-moving subjects. From a video perspective, the camera’s 8K video capture capability will prepare videographers for the future of movie-making- capturing 8K footage today allows for even higher-quality 4K productions in addition to the ability to extract high-resolution still images from the video footage. The EOS R5 will be the first Canon camera equipped with IBIS (In Body Image Stabilization) and when used in conjunction with the extremely effective in-lens stabilization (IS), will allow photographers to handhold the camera in light levels not previously imagined. Additionally, the camera will also feature dual-card slots and will support the automatic transfer of image files from the device to the new image.canon cloud platform.

What To Expect From Upcoming Canon Cameras (and the industry)

New year, time to make some predictions. How will current and upcoming technologies shape future…