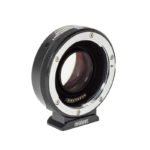 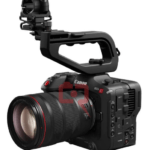 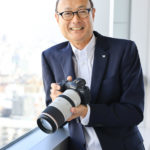 Canon’s 2013 roadmap will see three new DSLRs, two entry-level, one mid-level. One of the former will most probably be the EOS 70D. EOS 60D (price & specs) stocks are getting low, its price is also tumbling down. The other entry-level may be the successor of the Rebel T4i/650D, a Rebel T5i/EOS 700D?

In the lens section, there should be up to four lenses set to be announced in 2013. No mention about type or specs of the lenses, but a new 100-400 L-grade lens can be expected.

That’s it. All in all, nothing really new and more or less what we all were expecting. The interview with Masaya Maeda clearly stated that the EOS 7D Mark II would not have been announced at CP+, or anywhere soon. Oh, almost forgot it. Rumors are saying the EOS 70D comes with built-in WiFi. That would be a nice move Canon!

The review can be accessed here, the lens flare test is here.

The Canon EOS 24-70mm f/4L IS USM is designed for full-frame DSLRs like the Canon EOS 6D. With 2 aspheric and 2 UD elements, the EF 24-70mm f/4L IS USM is said to deliver high- quality images with excellent detail throughout the entire zoom range. A 9-blade circular diaphragm should produce pleasingly soft backgrounds. It offers a minimum focusing distance of 1.25 ft./0.38m across the entire zoom range and has a macro mode at the telephoto end with up to 0.7x magnification (minimum focusing distance becomes 7.87 in./0.2m) and is easily accessible with a one-touch switch. It features a Hybrid IS system with up to 4 stops of stabilization, compensating for both angular and shift types of camera shake, delivering effective stabilization even in macro. Inner focusing and ring-type USM deliver, fast, quiet AF, and full-time manual focus is available for manual focusing even while in AF mode. The durable EF 24-70mm f/4L IS USM is sealed for excellent dust and water resistance plus has fluorine coating on the front and rear elements reducing smears and fingerprints.

The price is a steal, the seller gets featured in eBay’s Daily Deals, but the positive ratings (98,1%) are not stellar. Use your guts.

The sellers page is here.

Finally the Metabones Speed Booster ships via the Metabones website and also on for the regular price. Get notified when more adapters are in Stock saving the following search on Slidoo eBay (login and change your root country if required).

GetDPI user Brianc discovered that the Speed Bosster and “Tilt Shift combo optical axis decoupling results in some unexpected results.“. And another test is available at Japanese DC.watch (translation here).

Check our previous coverage of the Speed Booster adapter here, here, and here.

Another free iPad/iPhone photo app. Autodesk Pixlr Express PLUS (click here to download) is free for a limited time (and possibly not in all countries). Hurry up before it is too late.