The never-Canon-friendly folks at The Camera Store TV did a non-scientific test to establish which brand produces the best JPG images out of the box, i.e. coming from the camera with no editing. On all cameras the standard setting (factory defaults) for JPG was used. The compared the Pentax K7D, Olympus Pen F, Nikon D500, Canon EOS 80D, Panasonic G85, iPhone 7+, and Fujifilm X-T2.

It’s obviously a test based on subjective perception, with no claims to be objective. However, it confirmed what I was thinking since long: Nikon and Canon have the best JPG engines, Sony one of the worst, and Fuji’s color rendition in JPG is over hyped and not that good (despite the sensor), especially not in landscape pictures. The Camera Store confirmed this. According to these guys, Nikon shoots the best JPGs out of the box, closely followed by Canon. I still think Canon is better than Nikon, especially when it comes to skin tones.

You see that having a camera with “wow-factor” specs is not enough. To build a good camera you have to take in account many factors. Nikon and Canon have more experience and know-how than all the others. That’s it.

[via The Camera Store TV]

The amazing Canon EOS 80D, a camera I own and are very satisfied with, is the top selling DSLR on Amazon Germany. No wonder, since the EOS 80D is a fantastic all-rounder.

Canon Germany has a cashback promotion going on. Click here and scroll down for inrformation. 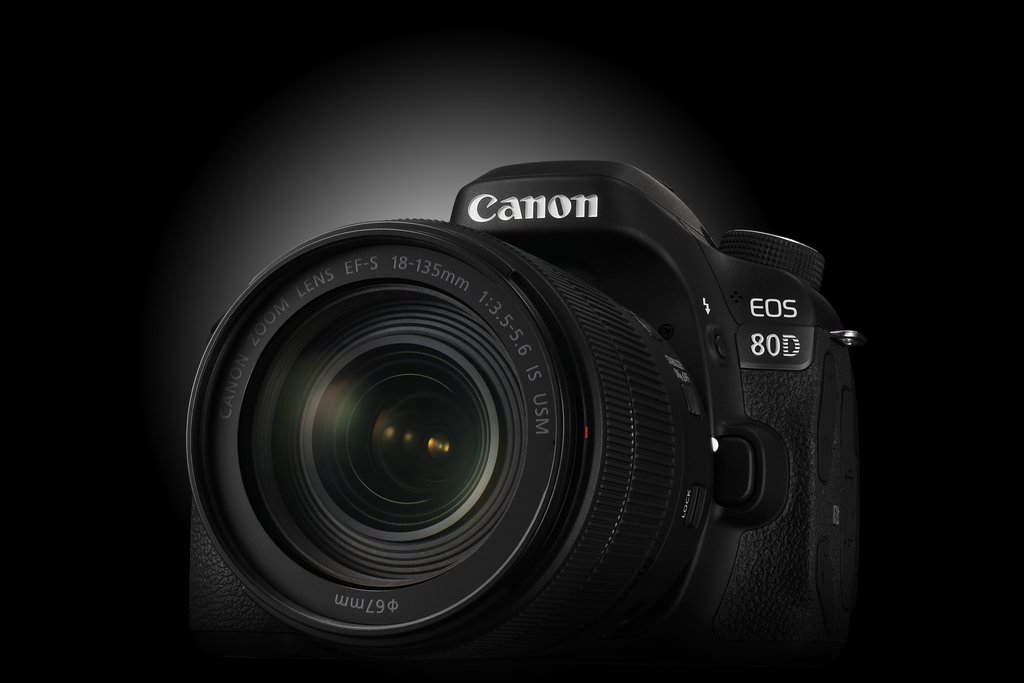 A 24MP sensor to be featured on the next Canon EOS M camera has already been rumored. Now I got a new tidbit, suggesting the next EOS M will also have Dual Pixel AF.

This is more likely than you may think at first glance. The sensor that’s rumored to be featured on the next EOS M is a “EOS 80D”-like sensor. While DPAF has been rumored for each and any Canon mirrorless camera since the original EOS M, this time it may indeed be true. If the recently leaked, sketchy images of a new, pro-oriented looking EOS M are real, then it might well have DPAF.

Currently these are the rumored specifications (via CR):

As you can see, “80D sensor or some variant” and “new AF system” are rumored, hence a sensor with Dual Pixel AF isn’t that unlikely. The images below showed up in a forum and are said to be the real thing:

We expect Canon to announce the new EOS M next week, on September 15th. Stay tuned! 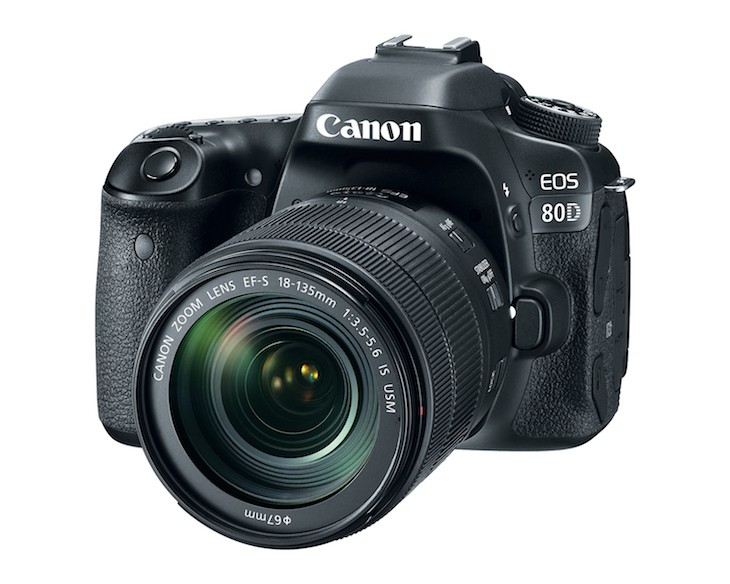 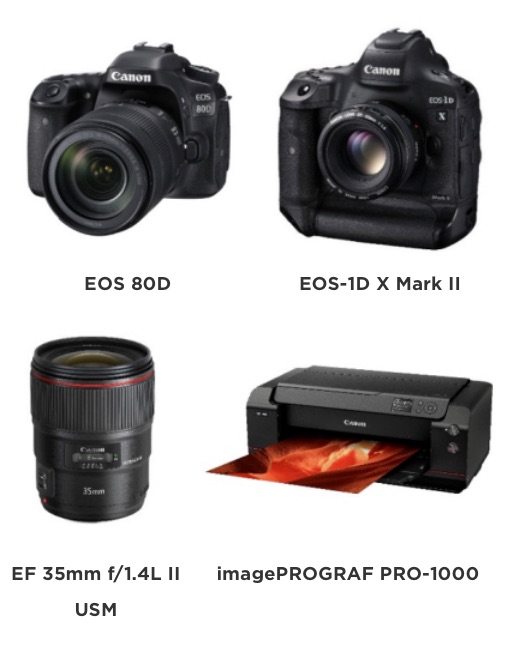 Canon was awarded with 4 EISA awards, for the following Canon products:

United Kingdom, Republic of Ireland 15 August 2016 – Canon today announces it has been honoured with four product awards from the European Imaging and Sound Association (EISA). The EOS 80D has been named the ‘European DSLR Camera 2016-2017’, while the EOS-1D X Mark II took the title of ‘European Professional DSLR Camera 2016-2017’ and the EF 35mm f/1.4L II USM and the imagePROGRAF PRO-1000 received awards for ‘European Professional DSLR Lens 2016-2017’ and ‘European Photo Printer 2016-2017’ respectively. With recognition for products that span both capture and print, the wins in 2016 reflect the outstanding, market-leading quality of Canon products across the imaging eco-system.

Voted for by panels of editors representing nearly 50 prominent magazines from across 20 European countries, the EISA Awards celebrate products which combine the most advanced technology, distinctive design and desirable features, with genuine value for end users. Each of the winning products has been enthusiastically received since launch, and the EISA award recognition is further testament to their outstanding quality and performance.

“At Canon, we understand photography doesn’t end with the press of a shutter, and are consistently striving to produce high-quality products that help novices and professionals alike to get the best from their photographs,” said Steve Marshall, Product Marketing Director, Consumer Imaging Group, Canon Europe. “Be it capture, print, store or share, every element matters, and we’re committed to ensuring Canon quality comes through at every step. Each of the awards we’ve received demonstrate our dedication and commitment to creating pioneering products and once again we’re extremely proud to have been recognised by the esteemed EISA panel.”

The Canon EOS 80D is more than just another SLR. Canon has brought a camera to the market that incorporates many innovative functions for photo and video. The key feature is Canon’s Dual Pixel CMOS AF which enables fast focussing during live view and video, which is also supported by the new Power Zoom Adapter PZ-E1 which works together with the new EF-S 18-135mm f/3.5-5.6 IS USM kit lens. The AF is also greatly improved and now sports 45 cross-type sensors, while the high resolution vari-angle LCD allows touchscreen operation. Last but not least, the EOS 80D has class leading image quality.

The Canon EOS-1D X Mark II is the fastest DSLR ever, making it the best tool for the professional sports photographer. It can take 14 images per second of moving subjects, an impressive achievement that’s particularly useful for action photography. Compared to the previous model Canon has increased the still image quality significantly, and improved the autofocus particularly when using lenses with extenders. The video function is also much more advanced with high quality 4K recording and fast autofocus in live view mode. All the improvements together with the rugged body make the Canon EOS-1D X Mark II an even better all-round camera than its predecessor.

The Canon EF 35mm f/1.4L II USM gives exciting performance: it is the best 35mm lens on the market. Image sharpness is unbelievably high, both at the centre and at the edges, even at f/1.4. Canon uses key technologies as Subwavelength Structure Coating (SWC) to increase light transmission, reducing both flare and ghost images. In addition a Blue Spectrum Refractive (BR) lens, made of organic material, enables very efficient correction of axial chromatic aberration that’s impossible to correct by software. The 9-bladed aperture diaphragm creates very attractive bokeh and a seal on the mount protects the camera from dust and moisture.

Canon’s imagePROGRAF PRO-1000 is a dedicated A2 photo printer that uses pigment inks for the best possible print quality, including great light fastness [the resistance to colours fading] and print longevity. With a maximum print resolution of 2400x1200dpi, it uses 12 ink cartridges including separate matte black and photo black to prevent wastage of ink, money and time. It supports printing from a wide range of devices, with connection options including Hi Speed USB 2.0, Wi-Fi, Wi-Fi Pictbridge and Ethernet. The Canon imagePROGRAF PRO-1000’s external design is reminiscent of Canon lenses.