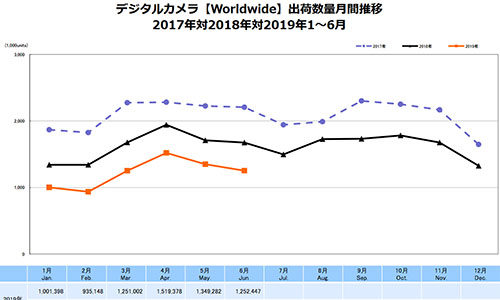 The CIPA March 2019 report doesn’t draw a good picture of the camera market.

It’s in loss, as various execs in the industry have already stated, with the notable exception of Fujifilm (guess they are the only company with good reasons to be optimistic).

In their reports about the Q1 Financials, Canon sees smartphones as the major reason for the shrinking camera market. More and more people switch to a smartphone for their photography, and with phones having a sensor and the optical performance of the Huawei P30 Pro it’s understandable. The future is in computational photography, a domain where smartphone will have an advantage in the foreseeable future.

As they do every year, the folks at LensVid published their infographic about the photography industry in 2018.

The infographic is based on the information CIPA (the camera and Image Products Association) recently published about the camera industry in 2018.

In 2018 the number of cameras sold went down as we have mentioned by about 24% compared to the previous year – however the amount of money spent worldwide on these far fewer cameras only went down by 4.5% compared to 2017 and even more interestingly while in 2018 we purchased almost 7% less lenses than the year before – we spent 5% more money on buying them.

The bottom line here is simple if this trend continues the photography market will become increasingly smaller and ever more expensive. Think about this as a vicious circle – manufacturers need more money to develop more advanced technologies, but since sales continue to shrink they are forced to raise prices which in turn make it harder for people to buy new gear making the market even smaller and so on and so forth.

When will this cycle end? well, possibly only when the market stabilizes in terms of yearly sales. But at under 20 million cameras sold per year, this just might not be economical for some of the manufacturers to sustain with ever-increasing R&D costs.

Click on the infographic below for a larger version, or get the story at LensVid.

The latest CIPA report (May 2018) shows that there is no change in consumer habits.

It might mean that we probably bottomed out the System Camera down-trend from the past years. This are the good news. The bad news are that compact cameras are going close to extinction as a product. Guess this is also because of smartphone being everywhere, and becoming useful photographic tools.

CIPA posted their statistics for February 2018, and it’s a worrying picture they give of the camera industry.

According to CIPA, the overall digital stills camera shipments worldwide were down 26.6% compared to the same period of 2017. The figures are due to the compact camera market, which is shrinking year after year and now see as a 44.7% drop.

Shipments of DSLRs and MILCs together went down by over 5% (compared to February 2017). DSLR sales alone saw a modest 0.1% raise in shipment while MILC shipments dropped by 15.8%.

It seems people still love their DSLRs, despite all the mirrorless galore. 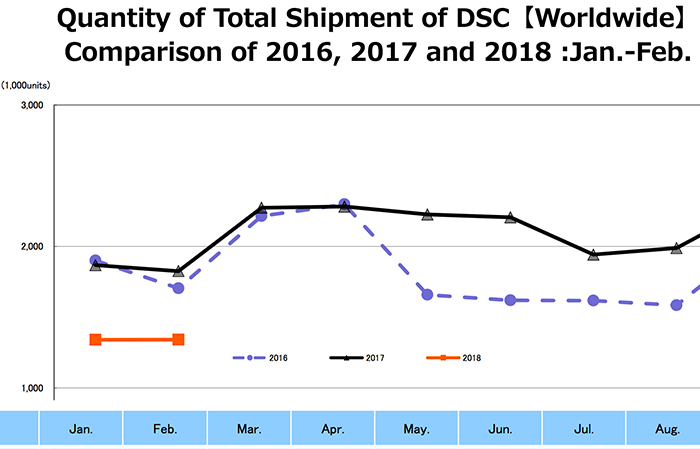 It seems camera market sales value increased again, at least by 4%. DSLR sales decreased by 10% compared to 2016 but mirrorless camera sales went up 40%. If Nikon and Canon are eventually going “serious” with their mirrorless products, this figures may well change in favour of mirrorless. 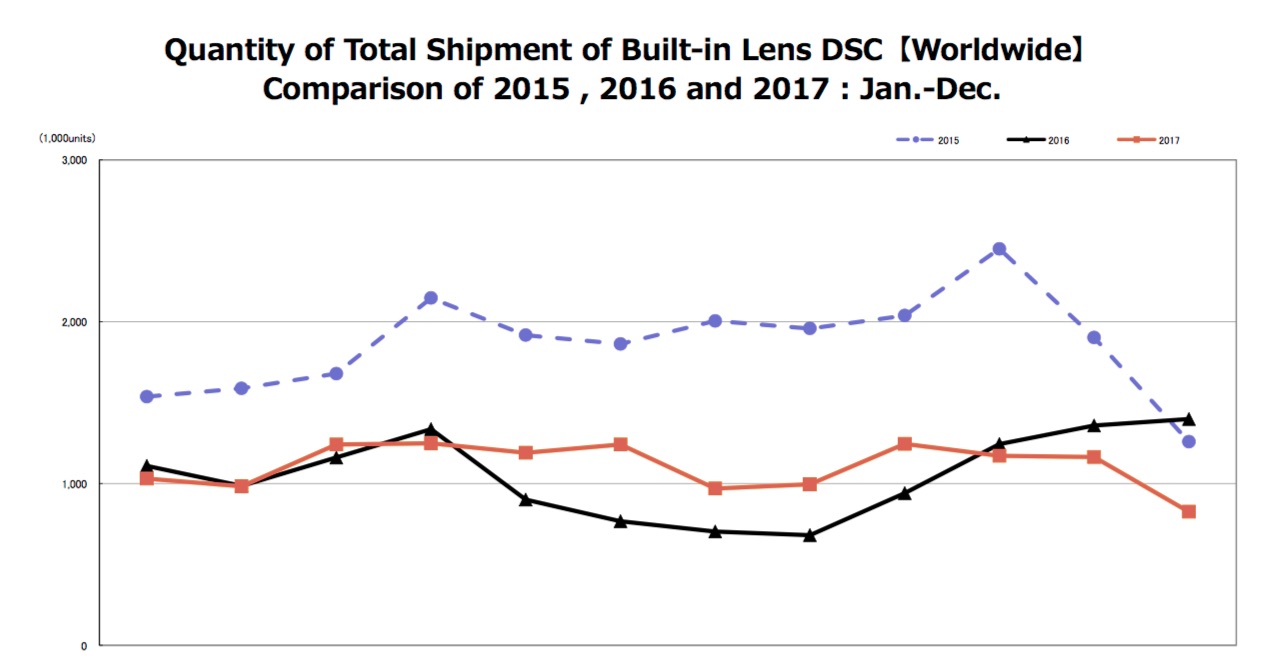 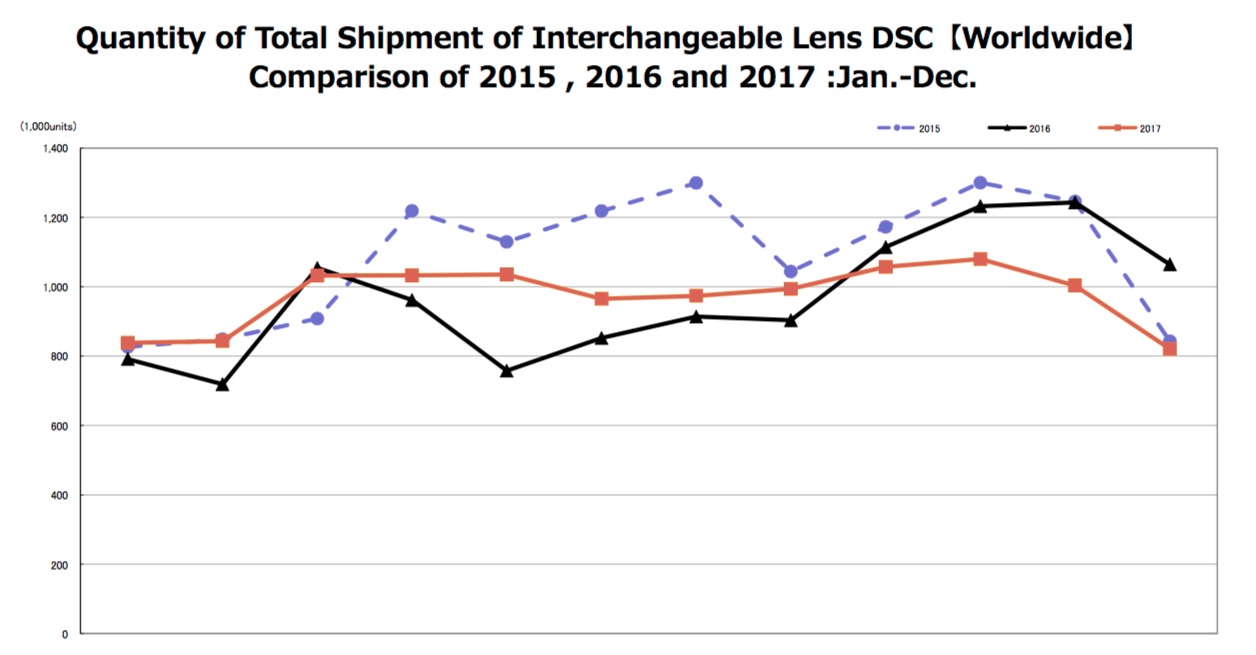