Sony announced the development of a new image sensor with 2-Layer transistor pixels.

*2: Based on comparison, on a one square μm equivalent basis, between existing image sensor and the new technology applied to Sony’s back-illuminated CMOS image sensor; as of announcement on December 16, 2021.

Sony announced this breakthrough at the IEEE International Electron Devices Meeting that started on Saturday, December 11, 2021.

A stacked CMOS image sensor adopts a stacked structure consisting of a pixel chip made up of back-illuminated pixels stacked atop a logic chip where signal processing circuits are formed. Within the pixel chip, photodiodes for converting light to electrical signals, and pixel transistors for controlling the signals are situated alongside each other on the same layer. Increasing saturation signal level within form-factor constraints plays an important role in realizing high image quality with wide dynamic range.

Additionally, because pixel transistors other than transfer gates (TRG), including reset transistors (RST), select transistors (SEL) and amp transistors (AMP), occupy a photodiode-free layer, the amp transistors can be increased in size. By increasing amp transistor size, Sony succeeded in substantially reducing the noise to which nighttime and other dark-location images are prone.
The widened dynamic range and noise reduction available from this new technology will prevent underexposure and overexposure in settings with a combination of bright and dim illumination (e.g., backlit settings) and enable high-quality, low-noise images even in low-light (e.g., indoor, nighttime) settings.
Sony will contribute to the realization of increasingly high-quality imaging such as smartphone photographs with its 2-Layer Transistor Pixel technology.

Canon is set to establish a new CMOS sensor manufacturing factory at Hiratsuka Plant, Japan. The production will fulfill primarily Canon’s own imaging sensor needs but they may also sell to third parties in the future.

The report comes from Newswitch and as spotted by Digital Camera Info, which summarizes what it is about (emphasis mine):

Canon will utilize part of the site of the Hiratsuka Plant (Hiratsuka City, Kanagawa Prefecture) to build a new CMOS image sensor manufacturing building. The investment amount is over 21 billion yen. Scheduled to start operation in July 2023. In addition to increasing the production capacity of CMOS image sensors installed in its own products such as cameras, it will also respond to growing demand for external sales.

Originally, Canon produced CMOS image sensors for the purpose of in-house production for its own cameras, but started selling them outside a few years ago. It is used in applications such as surveillance cameras and inspection equipment.

I wonder if this plant will also produce imaging sensors for consumer cameras. Guess it will, given the global supply chain issues.

If you are developing gear build around Canon’s super specialised image sensors then you have a new tool for your craft. We featured Canon’s specialised sensors a lot.

“Understanding that image sensors are an important driving force behind the competitive digital imaging industry, Canon is excited to add these CMOS Sensor Evaluation Kits to our portfolio,” said Kazuto Ogawa, president and chief operating officer, Canon U.S.A., Inc. “Continuing with the mission to develop technology which can ultimately help end-users increase efficiency and productivity that potentially results in a higher ROI, Canon’s Evaluation Kits allow OEMs, solutions providers, authorized distributors, integrators and others in search of advanced components to test and build unique vision systems.”

“As Canon evolves in the sensor market, we are dedicated to utilizing our expertise to develop products built to meet current growing market trends,” said Kazuto Ogawa, president and chief operating officer, Canon U.S.A., Inc. “The 3U3MRXSAAC CMOS sensor under development reflects the continuation of our business strategy that leverages the high-quality imaging technology Canon is able to achieve.”

The 3U3MRXSAAC CMOS sensor being developed will be equipped with an HDR drive function that can achieve a wide range of 120 dB at low noise levels. This HDR function will reflect a greater ability to extract usable information even when there is a substantial difference between the lightest and darkest parts of an image. Even during normal drive operation, the sensor can achieve a dynamic range of 75 dB—greater than the sensors on many conventional digital cameras.

Additionally, the 3U3MRXSAAC CMOS sensor will also be capable of operating in environments with extreme temperatures ranging from -40 degrees Celsius to 105 degrees Celsius. Typically, in high-temperature conditions, the increase in dark current noise (noise that occurs due to heat, even when no light reaches the sensor) can affect the quality of the image. However, the 3U3MRXSAAC CMOS sensor will be equipped with functionality that helps correct black levels (the luminance level of the darkest portion of an image) in real-time to help maintain high image quality.

With a diagonal size of 1/2.32 inches (7.75 mm), the 3U3MRXSAAC CMOS sensor will feature approximately 2.8 million effective pixels (1936 x 1456), a pixel size of 3.2 μm x 3.2 μm and a frame rate of up to 60 fps (30 fps during HDR drive operation). The sensor will be compatible with the MIPI CSI-2 interface used by consumer-oriented cameras for a wide variety of purposes. 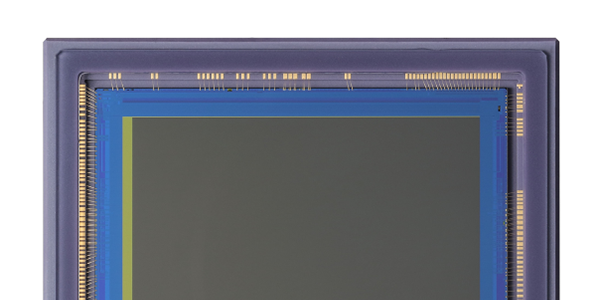 Canon’s super specialised sensors are now available for industrial applications. Macnica will be the distributor.

MELVILLE, N.Y., November 7, 2018 – Canon U.S.A., a leader in digital imaging solutions, and Macnica Americas, Inc., the North American subsidiary of Macnica, Inc., a $5B global leader in technology product distribution, today announced that Macnica Americas has been appointed an authorized distributor of Canon’s advanced CMOS sensors for the United States and Canada.

“Imaging expertise is the core of Canon’s heritage and the success of the CMOS sensors in our product line is an example of that expertise,” said Kazuto Ogawa, president and chief operating officer, Canon U.S.A., Inc. “Appointing Macnica Americas as an authorized distributor will expand our reach by offering this state-of-the-art technology to industrial camera manufacturers looking to innovate their solutions now and in the future.”

Canon’s CMOS image sensors are available in a range of options including color (RGB) and monochrome. For more details, please click on the link.

The video below showcases Canon’s variety of sensors. For several decades Canon has been developing and manufacturing advanced CMOS sensors with state-of-the-art technologies for exclusive use in Canon products. These sensors are a critical driving force behind many of our successful product lines, ranging from consumer products all the way up to high-end business and industrial solutions. These Canon sensors are of the kind featured on the Canon ME20F-SH, a specialised, multipurpose camera system. If you’re curious to learn more about these Canon sensors click here.

Canon’s sensors are so good you can capture a rainbow under moonlight. Watch to see.