Although it’s only three years since Irix arrived on the world market, our team of international photographers – a team who established the Irix brand – are pleased to be the winners of one of this year’s iF PRODUCT DESIGN AWARDS, a world-renowned prize for design!

Therefore we are probably one of the youngest photographic companies that have received such an award and recognition from the world’s oldest independent design organization, the Hannover-based iF International Forum Design GmbH, a group which organizes the iF PRODUCT DESIGN AWARD.

Other Meike lenses are also in stock now, have a look here. 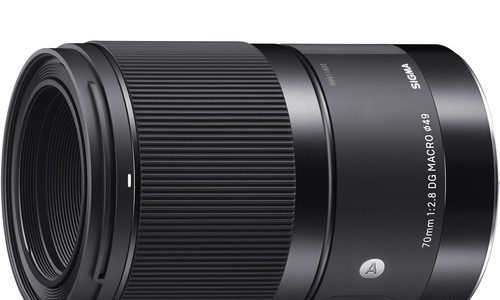 DPReview TV’s Chris and Jordan test Sigma’s latest macro lens, the 70mm F2.8 DG Macro Art. Find out why they like it.

There is no doubt that there will be many photographers who will be delighted by the arrival of the Irix 150mm f/2.8 Macro lens. The greater reach of 150mm will be welcomed, and indeed is highly sought after already as photographers search for legendary long macro lenses from the days of film.

Manual focus can often be the method of choice for macro work, depending upon the techniques needed, but at least can be regarded as a little impediment. This is an excellent addition to the options available, especially perhaps for Pentax users who have had no option at all before this.

A specialised lens to some degree, but one that can be Highly Recommended.

Among other things they praise the Irix 150mm f/2.8 Macro 1:1 Dragonfly for the excellent sharpness, very well controlled CA, no distortion, no flare, weather sealed, and the bokeh.

Specification and lens arrangement of embodiment 1

Specification and lens arrangement of embodiment 3