A set of images picturing what looks like a prototype or a proof of concept of an entry level Canon DSLR have leaked over at Nokishita.

We still have no specifications, just this:

Canon is set to announce new gear ahead of CP+. 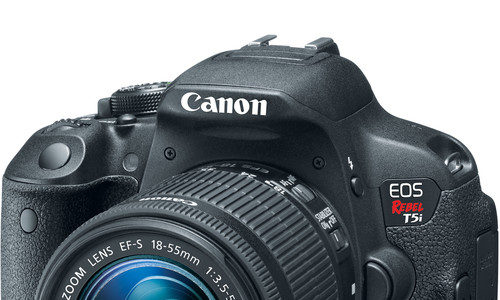 Canon Rebel T5i  at a glance: 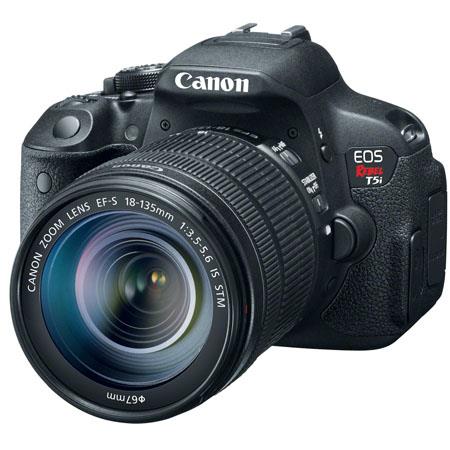 Overall, the Canon T7i has been one of my favorite cameras from Canon and it’s also one of the cheapest. Sure, it’s not their best quality camera but the quality, performance, and features fit the intended user and $750 price tag well enough. If you plan on using live view or video recording, Canon’s dual pixel autofocus system is reason enough to make the T7i the best DSLR above any Nikon option. While Sony’s a6300 and Fuji X-T20 come in at a slightly higher price, they do offer better video performance (especially with the a6300), slightly improved image quality, and are a bit smaller by comparison. They also offer more complex menu systems with custom buttons, new functionality, and a more intimidating user interface which could affect some buyers. But it if you love Canon’s tried and true design, and amazing and cost-effective lens selection, the Canon T7i or 77D with its upgraded image sensor, amazing autofocus performance, great connectivity, and solid features should be at the top of your list. Read the review…

You can watch Dan’s 12 minutes video review of the Canon Rebel T7i below.

Having featured Dual Pixel AF on their latest Rebel was a smart move by Canon. Dual Pixel AF is a game changing auto-focusing technology which is proprietary to Canon, and works like a charm.

Despite the SL2’s small body, Canon hasn’t compromised usability. The grip is comfortable given the size of the camera, though those with large hands might wish for something more substantial. The camera’s sole control dial is exactly where it needs to be. The body is made of composite materials, though it doesn’t feel cheap. The SL2 has a small but usable optical viewfinder as well as a very nice fully articulating touch-enabled LCD. Naturally there’s a Selfie mode, which can blur the background for you by adjusting the aperture.

[…] the photos produced by the SL2 are what we expect to see from a Canon camera. That means pleasing color and good (but not great) detail capture and high ISO noise performance. Looking at Raw images tells us that the SL2 would retain more fine detail if its JPEG sharpening and noise reduction systems were a bit smarter. While the SL2’s Raw files don’t have as much dynamic range as the best APS-C cameras, it’s competitive with the models in its class, as are noise levels.

Read the review at DPReview