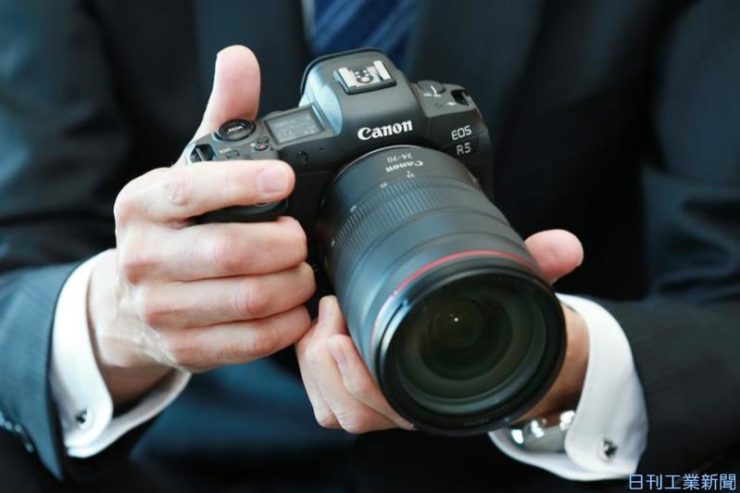 A hands-on image of the Canon EOS R5

According to Nikkan Kogyo Shimbun (aka newswitch) Canon will release the Canon EOS R5 to the general public before the Summer Olympics 2020 begin.

It seems Canon is trying to push their mirrorless technology into the hands of professional photographers. The (machine translated) article says:

Canon has decided to launch the EOS R5, a full-size mirrorless camera under development compatible with 8K video shooting, as early as possible before the Tokyo Olympics and Paralympics. The support system for equipment rental and maintenance is planned to be the largest ever sport event. For professionals, single-lens reflex cameras are mainly used, but use of mirrorless, which is excellent in quietness and weight reduction, is also progressing. The Tokyo Olympics aims to exceed 70% in the use of news cameras.

The Canon EOS R5 development was announced a few weeks ago. And we are all waiting to see and learn more about what to us seems a game changer in the industry.