Last week a rumor surfaced suggesting Canon is working on a f/2 zoom lens for the Canon EOS R system.

A few days later another rumor surfaced suggesting it might be a RF 16-28mm f/2L lens that Canon is working on. This focal length would nicely complement the already released RF 28-70mm f/2L lens.

Take it with grain of salt, the Internet is flooded with low reliability EOS R rumors. And stay tuned for more intel.

Please take this with a solid grain of salt. We (and it seems others) are flooded with unreliable EOS R related rumors. It’s the hype of the moment.

After the rumor about a 500mm telephoto lens for the Canon EOS R full frame mirrorless system, a 300mm lens rumor surfaced from the web.

It’s suggested Canon might announce a 300mm f/2.8L IS lens for the EOS R system along with the above mentioned 500mm lens. The announcement is expected somewhen in 2020. This 300mm f/2.8 IS lens for EOS R is said to sport a “new and unique feature for super telephoto lenses”. No hints what the feature is about. Both lenses could be announced along with the rumored EOS-1D X equivalent EOS R model.

It seems 2020 will be an important year for the EOS R ecosystem with lots of lenses that are said to be announced. In the meantime we are still waiting for Canon to release some RF mount lenses they have already announced (development).

According to Nokishita, this is what we can expect in the near future:

I’m glad to see that Canon will soon release an affordable zoom for their EOS R mirrorless system. That will for sure be very appreciated by users.

Rumor has it that the first super telephoto lens for the Canon EOS R system could be the RF 500mm f/4L IS.

No announcement date or specifications so far. However, there is a Canon patent application (US 20190155003) with describes the optical formulas for various super telephoto lenses for the EOS R system, among them a 500mm f/4L:

The rumor might have some validity. When Canon will announce a mirrorless alternative to the Canon EOS-1D X series, then they likely will/could also announce this telephoto lens. But it’s a long way to go in opinion. The next Canon EOS R camera will most likely be a high resolution model. 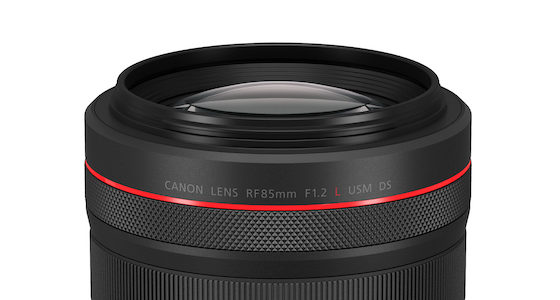 While we are still waiting for Canon to release five Canon RF lenses they already announced, the rumor mill already has new RF lenses suggestions in the pipeline.

It’s suggested Canon might announced three new lenses for the Canon EOS R system in early 2020. Among them there might be an RF 24mm f/1.4L and an RF 135 f/1.8L (the latter was just revealed through a patent a few days ago). The third one is said to be an undisclosed macro lens that will be the “first of its kind macro lenses”. Aren’t all unreleased lenses undisclosed?

All three RF lenses might be announced before CP+ 2020, which happens at the end of February.

We are a bit puzzled because of the many rumors about RF mount lenses we get in our inbox and others are reporting. Some of these rumors are contradicting, others just nonsense. There is another rumor suggesting there are eight new RF lenses on Canon’s agenda.

It can be taken for granted that Canon is building a solid lens ecosystem for the Canon EOS R. All these RF lens rumors are just suggesting RF mount versions of the most popular (and used) lenses in the full frame DSLR world. Without any crystal ball or magic intuitive skills, it’s to expect that Canon will sooner or later release all those lenses murmured on rumor outlets. No real surprises here to expect.