A rumor about a possible replacement for the Canon EF 35mm f/1.4L prime lens surfaced. There are neither specifications nor an announcement date (announcement shouldn’t be in short). Moreover, it is said that Canon may announce the lens when they announce a new full-frame DSLR (in 2014). Last year I I reported about a patent that most probably refers to the new 35mm.

Schneider Kreuznach will soon launch a new series of lenses for full-frame sensors, called Xenon full-frame primes. These high-profile lenses are made for DSLR-videographers (support for 4K resolution) but are perfectly suited for still photography too. Three lenses will make up the initial line-up: T2.1/35mm, T2.1/50mm and T2.1/75mm.

Canon 28mm f2.8 IS is a stunning lens. It has an excellent build quality, can deliver wonderful images, focuses fast, and is nice and small

[…] delivers some wonderful image quality, has a solid construction to it, focuses quickly, and is extremely portable. 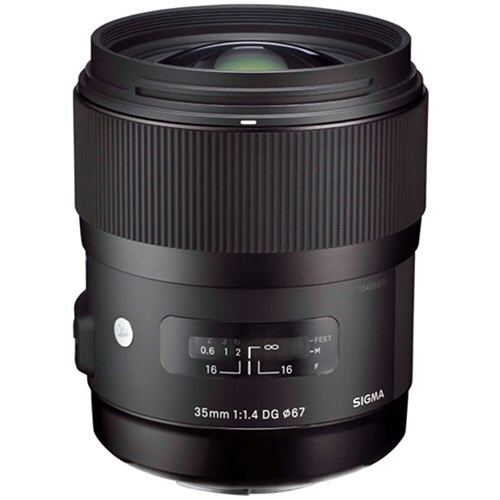 While the EF 35mm f/2 IS is the fastest focusing lens, the Sigma 35mm gets high appraisal (as in other reviews), not least for the build quality. Check the sample images for image quality. In the conclusion they write:

In our tests, we found Sigma’s lens to be best for what it is worth. Not only does it exhibit excellent image quality, but it also focuses fast enough and has a metal exterior. However, we have to say that the 35mm f2 IS seems like a better buy than the 35mm f1.4 L at the moment. The added value of IS plus a smaller package really make this lens worth the money. Where the 35mm f1.4 L takes the lead though is in bokeh rendering. It really is quite marvelous–especially when photographing a couple at a wedding. 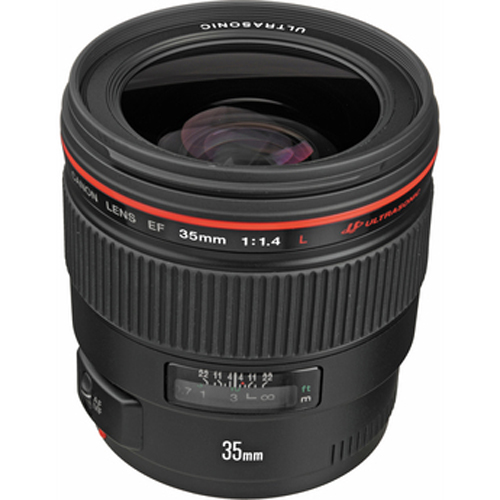 This came quietly. Yesterday Canon announced the development of a new 35mm prime lens for their cinema line-up. The lens is designed for 4k.

“Canon is committed to supporting cinematic culture and the continued advancement of tools for visual storytelling at all levels,” affirmed Yuichi Ishizuka, executive vice president and general manager, Imaging Technologies & Communications Group, Canon U.S.A. “During the past 18 months, Canon has brought our Cinema EOS product line to market, and in that time we have introduced HD, 2K, and 4K cameras, lenses and workflow solutions, as well as structured a comprehensive service and support network for professionals in the theatrical motion picture and television markets to enable customers to create and deliver exceptional imaging content and cinematic brilliance.”

All Canon Cinema prime lenses are fully compatible with the Canon EOS C500, EOS C300, EOS C100, and EOS-1D C digital cinema cameras. The EF-mount design of all Canon Cinema prime lenses provides communication with these cameras for such handy features as display of the ƒ number in the electronic viewfinder, recording of focus/zoom position and f number, and, later this year, Peripheral Light Compensationi.

Strategically integrated motion-picture style mechanical attributes (as opposed to those for still photography lenses) are also an important design feature of Canon’s series of Cinema prime lenses. These film-style characteristics include 300-degree rotation on the focus ring for precision focus control as well as large, highly visible engraved focus scales for convenient operation. These markings appear on the angled surfaces on both sides of the barrel, making them easy to read and to adjust the “stepless” focus and/or aperture settings of the lenses from behind or from either side of the camera for camera operators or focus pullers. Focus markings can be switched from standard labeling to metric, and control rings are engineered to maintain the proper amount of resistance with consistent operating torque and familiar tactile “feedback” for satisfying manual control. All of Canon’s current Cinema prime lenses also share the same uniform gear positions, diameters, and rotation angles, as well as front-lens diameters, making them compatible with a wide variety of matte boxes, follow focus gear, marking disks, and other third-party film-industry-standard accessories. Film crews can quickly change lenses without the need for accessory gear-position adjustments or other changes to the rig setup.

The versatility of image-capture options using Canon EOS digital cinema cameras can be further extended with Canon’s Cinema Zoom lenses (the CN-E14.5-60mm T2.6 wide-angle and the CN-E30-300mm T2.95-3.7 telephoto) and Compact Cinema Zoom lenses (the CN-E15.5-47mm T2.8 wide-angle and CN-E30-105mm T2.8 telephoto). All four lenses are available in both EF- and PL-mount versions, and the mount can be switched at a Canon service facility in the United States for added flexibility. Almost all of Canon’s EF Series photographic lenses can also be used with these Cinema EOS cameras, including Image Stabilized zoom, tilt-shift, and macro lenses.