This appears to be a try to stray fake rumors for the fun of doing it. However, our mission is to report any Canon rumor, so we won’t miss this. EOS 5Dx is the latest rumored moniker for the upcoming EOS 5D Mark IV.

The following “rumor bits” were posted in the DPReview forum:

The Digic 7 is going to be a quad core cpu which will allow 4x the processing power for high MP, high frame rate bodies. The 5DX will contain one Digic 7 and the 1DX Mark II will contain 2 Digic 7s and 1 Digic 6. The Digic 6 will be for metwring and other smaller tasks. The 1DX will have a different larger battery while the 5DX will keep going with the same.

This next processor from Canon will be class leading and will be much faster than whats currently out. It will have multicores. The processing power will be equivalent to a laptop from years ago.

All posts are from the same forum user, which concludes:

Keep in mind 1DX Mark II, 5DX and 6D Mark II coming out in a matter of months.

While all this sounds at least plausible, I would take it with a huge amount of salt. It’s not the first time that hoax-rumors are posted in forums. We do not expect the EOS 5D Mark IV and EOS 6D Mark II to be announced in 2015, both cameras are expected in Q1 2016.

What do you think about this rumor, whishful thinking or real thing?

A new EOS-1D X Mark II rumor surfaces every month, with surprising regularity. Unfortunately, there is nothing exciting or really new coming with the latest 1DX2 rumor. And differentiating wishful thinking from real bits of info is becoming the tough part.

The latest tidbit about the EOS-1D X suggests a 24MP sensor (not a new rumor). Previously, an 18MP sensor was rumored. The other bit says the EOS-1D X Mark II will shoot “faster than 12fps”. Now consider that the EOS-1D X shoots up to 12 fps (14 fps in Super High Speed Mode), and you won’t really be surprised to hear that the 1DX2 will be faster. 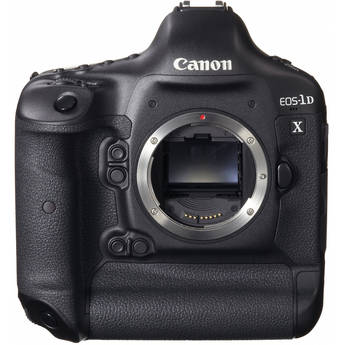 The rumor suggests the EOS-1D X Mark II will have “considerably more” AF points than the 61 points featured in the EOS-1D X. Most of these points are said to be cross type. There may be some new viewfinder technology coming with the 1D X Mark II, to “handle all the additional points”. The return of the red AF points in AI Servo mode is speculated.

Might the Canon EOS-1D X Mark II have a display with OLEDs? The rumor suggests such test units are out in the wild, still it is not sure if it will make it into a production model. Ergonomics shouldn’t change that much.

There is still no reliable announcement date to work on. However, it is common opinion that Canon will announce the EOS-1D X Mark II before the EOS 5D Mark IV (expected for Q1 2016), hence the 1DX2 could be announced in 2015.

I have been told (thanks) that the announcement of both the EOS 5D Mark IV and the EOS-1D X Mark II may be delayed because of the new TTL system and new flashes Canon is deveolping.

It seems Canon wants to be sure that the 1D X Mark II and 5D Mark IV are working flawlessly with the new flash system, and hence has extended the developing and testing period of both cameras.

Though the rumour comes from a new source I consider it plausible. There have been rumors of a new flash system that’s developed by Canon, and for sure the company wants to be sure this new system works with their flagship cameras.

In the interview with Canon’s Mr. Masaya Maeda I featured yesterday, everyone but EOSHD overlooked a statement that could point to a soon-to-come announcement for a Canon 4k-enabled camera with interchangeable lenses. A camera to compete with the Sony a7S and Panasonic GH4.

First the answer we are talking about. When asked “How are you addressing the demand for compact, 4K-capable cameras like Sony’s a7S and Panasonic’s GH4?“, Mr. Maeda said:

Naturally I can’t give you details of our future plans but we are fully aware that such requirements exist in the market. We’re currently in the process of investigating, mainly to satisfy the needs of news media, and we have every intention of addressing this need in future products.

4k is rumoured to be on a new Canon DSLR since some time. Having every intention to address the needs of those in the news media business could mean two things: i) Canon is working hard and will deliver something that addresses the needs some time in the future, or ii) Canon has something under the wrap that will address these needs and is ready to announce it to the world.

EOSHD says that Mr. Maeda’s statement almost certainly means the 1D X Mark II will have 4K. A replacement for the EOS-1D X is indeed expected during 2015. EOSHD points to a new EOS-1D X since Mr. Maeda refers to the needs of news media, and the EOS-1D X definitely is the DSLR for news media. CanonRumors suggests a Canon 4k camera announcement for NAB 2015. However, since Mr. Maeda said Canon is in the process of investigating these needs, it is also possible that there will not be any 4k-related announcement by Canon any time soon.

What do you think? If you want, let me know in the comment section. If you never heard of the incredibly popular Panasonic GH4, these are the core specs (from B&H’s product page):

About our rumor rating:

A new rumor surfaced on the web.

NL got some bits about Canon’s roadmap for their flagship models. The rumor claims that Canon will announce the EOS 5D Mark IV and EOS-1D X Mark II at the beginning of 2015. Both cameras are said to “incorporate significant advances in sensor design“. The buzz is that both DSLRs will feature the new sensor technology that Canon is most likely to announce with the replacement of the EOS 7D.

Take this with the usual pinch of salt, and stay tuned for more news.