Nokishita posted an updated list of unreleased Canon gear along with some speculation about the camera models and announcement date.

According to Nokishita’s list, there are two full frame mirrorless cameras scheduled to be released. At least one of the FF MILC might have 30MP sensor. Some of the information we got last week gets confirmed by Nokishita, in particular the possible announcement dates that have previously been suggested to us.

Announcement dates are still speculation. Canon might announce the highly anticipated full frame mirrorless camera for Photokina 2018 (September) but an announcement in Q1 2019 is also possible. The only camera we are reasonably sure it will be announced for Photokina 2018 is the Canon EOS M5 Mark II.

Nokishita posted some more information about an unreleased Canon camera that has been registered at a wireless certification authority.

There have been other unreleased Canon cameras leaking through certification authorities. Among them, most likely the EOS 7D Mark III, EOS 90D, and EOS M5 Mark II.

Nokishita posted some more bits about yet unreleased Canon gear. The intel leaked though a wireless certification authority, so the information is spare. However, we can make some deductions based on the batteries mentioned in the leak.

The registered Canon cameras are

Which upcoming cameras might be mentioned in the leak? K427 may point to both the EOS 7D Mark III and the EOS 90D, cameras that could be announced in Q1 2019. An announcement before Photokina 2018 (September 2018) is also possible.

Among the three mirrorless cameras, there might obviously be the highly anticipated Canon full frame mirrorless camera. This camera is expected to be announced between Q4 2018 and Q1 2019, though, according to our sources, a Q1 2019 announcement appears to be more likely. We expect Canon to announce the Canon EOS M5 Mark II in the near future, so this one may also be in the list.

We have been told (thanks) that Canon is set to announce something important in September 2018.

Now, what could this be? There are some candidates. First, we have the long rumored full frame mirrorless camera, which is alternatively rumored to be announced towards the end of 2018 (think Photokina), or in Q1 2019 (think Photokina again).

Next, there is the Canon EOS 7D Mark III (all rumors). The latest bit we got about the EOS 7D Mark III was saying we should expect an announcement between September 2018 and May 2019. Not very a exciting hint, to be honest.

Finally, it could also be the Canon EOS 5Ds R Mark II (all rumors) that’s going to be announced in September 2018. Here too there have been contradicting suggestions about the announcement.

If our source is right and Canon is set for an “important, major announcement” in September 2018, I can’t see other candidates, and I don’t think it may be about a new lens.

What do you think, did I miss something? Sound off in the comment section. 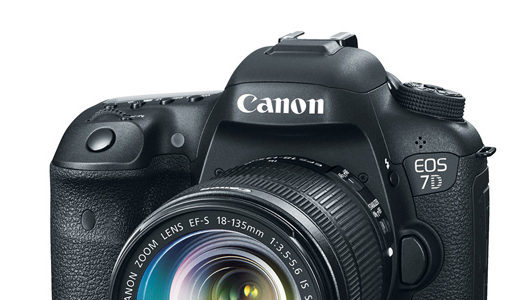 Call it “rumor” but to me it looks we should call this “common sense”. We have been told (thanks) that Canon will announce the replacement for the glorious EOS 7D Mark II somewhen between Photokina 2018 (September) and Photokina 2019 (May).

There is nothing really surprising here. After a series of rumors that alternatively suggested the end of 2018 or the beginning of 2019 as the most likely date for the EOS 7D Mark III announcement, this rumor isn’t telling us anything new. That Canon will announce the EOS 7D Mark III somewhen between September 2018 and May 2019 is very much just common sense.

It’s since a few years that Canon has become very secretive about their products. Reliable leaks are rare, and usually surface only a few weeks ahead of the announcement. That’s to say that we still know nothing about the EOS 7D Mark III (besides some obvious things like tiltable screen). Over the last two years we got the following bits: