The folks at Lens Rentals for once decided not to tear down a camera or lens. Instead, they tested the shutter sounds of a bunch of cameras in order to find out which one has the best sound.

As a leading authority on optical testing and product reviews, it occurred to the Lensrentals staff recently that we owed it to The Internet to explore the final frontier of camera comparisons, a comprehensive examination of shutter sounds. Our thorough and scientific testing covered multiple models from nearly every major camera manufacturer. After weeks of debate and analysis, we believe we’ve finally reached a consensus on which camera shutters are the best and which camera shutters are the worst. But first, let’s take a look at some of our most popular cameras, and how each of their shutters sound.

The video below let you listen to all shutter sounds.

According to Lens Rentals the worst shutter sound comes from the Leica SL 601, Sony Alpha a77 II, and Panasonic Lumix DC-S1R. The best sounds come from Nikon D850, Olympus PEN E-PL7, and Pentax 645Z. And Canon? 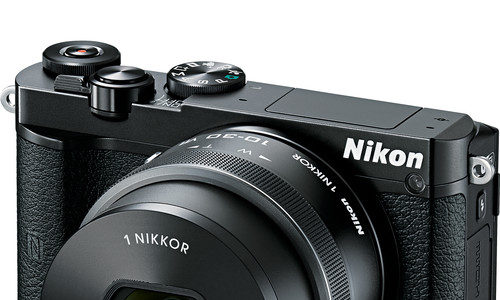 Nikon Japan officially discontinued the Nikon 1 line-up of mirrorless cameras, a line-up that wasn’t very successful. The timing seems to be on spot for the introduction of the company’s first full frame mirrorless camera.

We wrote it for weeks if not months: Canon might announce a full frame mirrorless camera before Photokina 2018 (September).

Now others seem to have come to the same conclusion and are suggesting Canon might announce one of the (supposedly) two full frame mirrorless cameras they have on their agenda. It’s just 10 weeks to Photokina 2018, so, if an announcement in September 2018 is to expect, then very soon we will see serious leaks instead of speculations. The only thing sure so far is that Canon will announce at least one full frame mirrorless camera between now and Q1 2019. It’ sure it’s coming but no one knows when.

To get the point (and latest updates) about Canon’s full frame mirrorless camera have a look here.

A set of specifications for Canon’s upcoming full frame mirrorless camera(s) is making its rounds on the web. There are some educated speculations on previously rumored stuff and on recent leaks at Japanese site Nokishita.

According to Nokishita, Canon might have registered up to two full frame mirrorless cameras at wireless certification authorities. Of these, one, now universally named “the flagship”, according to certification data seems to have a 30MP sensor. This is the resolution of the sensor in the Canon EOS 5D Mark IV. This led to assume Canon might feature the sensor of the 5D4 (or a close variation of it) on their highly anticipated full frame mirrorless camera. The 5D4 was released in August 2016. Canon’s flagship FF MILC is supposed to be released in mid 2019 (more below). And while the 5D4 is a powerhouse, that would mean Canon featuring a 3 years old sensor on what is rumored to be the company’s flagship MILC. Such a flagship Canon FF MILC is quite unlikely in our opinion.

The second Canon full frame mirrorless camera is sort of speculation. Nokishita reported two code names leaked through a certification authority (DS 126721 and K433). So far we can only suppose one of these is another Canon full frame mirrorless cameras. They might, though, but it’s speculation. However, the second, lower tier Canon FF MILC is rumored to sport a 24MP sensor. This too puzzles us a bit. After all the heat and the waiting, how can Canon releases a FF MILC with only 24MP in 2019? It’s a high resolution world.

Other bits concerning Canon’s FF MILC(s) that have been suggested are the possibility of a “removable EVF on one of the cameras” and a “sexy solution” for the mount. Concerning the latter, you likely know that there have been rumors Canon might feature the EF mount on their FF MILC instead of a new mount type. It’s still unclear what is going to happen. I guess “sexy solutions” are on everyones wish list. Despite the appeal of such a solution, most of us would prefer an EF mount.

We have been told (thanks) that Canon will soon announce the replacement for the Canon EOS M5, so far the companies most advanced mirrorless camera.

The Canon EOS M5 Mark II may feature a new generation sensor with a 24MP resolution, and finally 4K video with Dual Pixel Auto Focus. The EOS M5 Mark II may also sport a top LCD display. Other suggestions point to more advanced video features, better interface, and all the common updates you may expect.

The EOS M5 was announced in September 2016, so a replacement sounds likely.

So far I do not have reliable intel about the specifications, so take the with a grain of salt. However, exciting times are ahead. Stay tuned to grasp every bit we get about Canon’s mirrorless agenda.

A list of specifications for the upcoming Canon full frame mirrorless camera is making its rounds over the web.

Our sources told us these specs are total crap, they have nothing to do with Canon’s FF MILC (same source that delivered EOS M50 pics before the announcement). While some of the stuff listed below may find its way into the long rumored Canon FF MILC, it remains a totally unreliable rumor.

I think I’ve seldom seen a rumor so much abused like the Canon full frame mirrorless rumor. Besides all the murmuring and rumor-recycling, we know very little about Canon’s full frame mirrorless camera. All tidbits we collected and were told in the past are listed here. Please note that none of the following has been confirmed so far:

At the end of the day, there is just one thing we can be sure about: Canon is set to announce a full frame mirrorless camera within a year. Here at CW we know since a while and reported it. Even Sony’s CEO said that Canon will announce a FF mirrorless before Q1 2019.

Given the traffic-making qualities of the Canon FF MILC rumor, I fear we will see and hear a lot of crap before we have something reliable.

Stay tuned, we keep you posted with the important stuff.