A few days ago I got a weird rumor, suggesting Canon may not release an EOS 6D Mark II, but instead launch a full-frame mirrorless camera.

I rated the rumor as CW3 for the plain reason that such a scenario is possible; maybe not likely but for sure possible. The EOS 6D Mark II is already late on schedule, and we know Canon is now seriously committed to mirrorless.

The rumor was picked up by big sites, still some people didn’t get the core message of the rumor (rumor, not report). The rumor did not suggest that there will be an EOS 6D Mark II with EVF or without mirror box. The source said there might be no EOS 6D Mark II and instead a full-frame MILC with EF mount. Well, it’s not as absurd as some people thinks.

Rumors are rumors, calling welcome rumors or rumors from long running sites as reliable, and weird ones or rumors coming from small sites as clickbait is just unfair, and entirely wrong. We all do the our best to deliver information. Most people doesn’t realise how long rumors are running on other sites. I saw a lens rumor going on for almost 10 years; was it clickbait?

Most comments on CW and mails I got, suggested that Canon might indeed release a FF MILC and the EOS 6D Mark II. In this scenario, the FF MILC could be an EOS 6D Mark II without all the tech needed for a DSLR, something like the EOS M5 vs the EOS 80D. I think this is could happen.

Back to the rating. A CW3 was appropriate. The rumor described a possible Canon strategy having a 50% likelihood to become real. There was no other intention. We report rumors when we get them, and these are always clearly tagged as rumors.

My personal take: a scenario where Canon will release the EOS 6D Mark II and, most likely some months later, a full-frame MILC, is what most likely could happen.

Weird rumor I got (thanks). It’s suggested there will be no Canon EOS 6D Mark II because Canon will launch a mirrorless camera with a full-frame sensor instead.

As weird as this rumor might appear, it’s not entirely impossible. The EOS 6D was (and still is) Canon’s entry-level DSLR to the world of full-frame cameras. Since it seems Canon started to take mirrorless seriously with the EOS M5, why should they not work on a full-featured mirrorless full-frame camera?

What do you think, might Canon replace the EOS 6D with a mirrorless camera? Let’s me know what you think in the poll and the comment section.

Will Canon produce a mirrorless full-frame camera instead of the EOS 6D Mark II?

Is this plausible? It is to some degree. The EOS 6D started at $2,099. May Canon have decided to give their entry level full-frame DSLR a lower price tag? Entirely possible. The EOS 6D was a best seller for years. If Canon manages to make another DSLR with so much appeal and is able to sell it below $2,000, well then they might well have a real blockbuster.

Please be aware that it is too early for reliable EOS 6D Mark II rumors. All the specifications leaked so far, while being plausible, should be taken with a grain of salt. Dual Pixel AF, touchscreen, 1080p/60fps, full tilt-able display, a new AF system, and that the EOS 6D Mark II will not have 4K are all specs leaked first here on Canon Watch. They are now reported all over the web. Unfortunately many big sites do a shitty research job and cite the wrong sources for their news. That sucks but I guess I have to live with it. However, below is the list with the EOS 6D Mark II specs that are rumored: 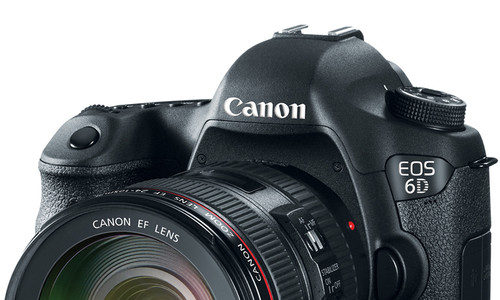 In the last days we got a bunch of Canon EOS 6D Mark II rumors. Together with the other features that are rumored, these are:

However, it is way to early for reliable rumors about the Canon EOS 6D Mark II. The only hints we have is the specification list above, and we believe there will be an announcement in 2017. I posted the rumoured specifications because all in all they are plausible. I am pretty sure the announcement date will change a few more times.. So, take anything with a grain of salt. Rumors are always good for traffic, and we will get a lot of low credibility stuff before the reliable rumors emerge.

We have another bit of information about the Canon EOS 6D Mark II, after the rumors of the last days (here and here).

The Canon EOS 6D Mark II is said to feature 1080p video at 60fps. So far we have the following, suggested spec list for the EOS 6D Mark II (based on latest rumors and what we have been told previously):

As posted before, I have been told the Canon EOS 6D Mark II will not have 4k video. All this 4k-hysteria is getting weird. It’s the first time we write about a feature a future camera will not have.

After yesterday‘s bits about the Canon EOS 6D Mark II, we have a small addition today.

I have been told (thanks) by a good source that the Canon EOS 6D Mark II will have Canon’s first tier sensor based Auto-Focus system on board, Dual Pixel AF.

CW’s take: the rumor has a good chance to be reliable. I think a Canon EOS 6D Mark II without DPAF would not make much sense for Canon. For the time being these are the rumored Canon EOS 6D MArk II specs: