You can save big on two big Canon super telephoto primes at our exclusive partners Adorama and B&H Photo.

Canon posted an interview with the engineers who designed and developed the Canon EF 400mm f/2.8L IS III and Canon EF 600mm f/4L IS III telephoto lenses.

The interview is available as a PDF and you can see it here.

Interviewer: Please tell me about the background, design policy, and your enthusiasm at the start of development.

Nagao (Development Leader): Pro photography situations require the ability to capture split-second, one-of-a-kind moments in high quality. I accompanied pro photographers as they shot, and I noticed how many times that they were all packed into a tight space while tracking a subject. In order to capture such photo opportunities, I realized just how important it is to have a piece of equipment that feels like a part of you and that can be manipulated with complete ease in such tense shooting situations. We then started research from the question of “what should the pinnacle of next-generation lenses be?” We listened to the opinions of experienced photographers, thinking of how we could provide the best piece of equipment to satisfy such users, and engaged in the development process with the ideal lens in mind, but without being caught up in the framework of the conventional lens.

Shimada (Product Planning): The foremost product concept was a lightweight design. This means a dramatic sense of lightness that one can feel when holding in the hand, as we achieved with the EF400mm f/2.8L IS III USM and EF600mm f/4L IS III USM. The reason we are committed to a lightweight design is because even though the pro and advanced amateur photographers who use super-telephoto lenses have their own ideals when it comes to specifications and style, they all invariably request a lighter lens. We also took into consideration the common view that simply lighter is not enough — rather, the weight balance when holding the camera is an important factor as a professional tool of the trade. Of course one requirement that absolutely must be met is high image quality. Just how light could we make the lens while achieving high image quality? That was the key point of this project. 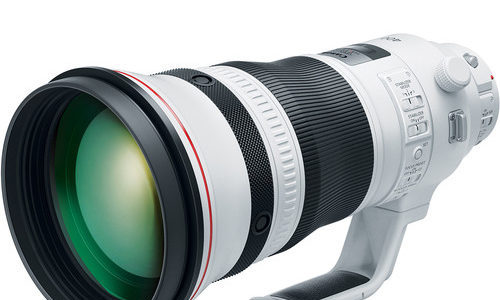 “When developing updates to some of Canon’s most popular legacy lenses, one common question that is asked by photographers was ‘can they be lighter,’” said Kazuto Ogawa, president and chief operating officer, Canon U.S.A., Inc. “The significant reduction of weight in these two lenses addresses this customer need and delivers thoughtfully designed, high-quality optics .”

The new lenses are must-haves for advanced and professional photographers shooting wildlife, aviation, sports and news with Canon’s new EOS R full-frame mirrorless camera (with use of one of the three new Canon mount adapters), as well the EOS 1D and 5D series of DSLR Cameras. Both lenses feature two of Canon’s most advanced propriety lens technologies – Air Sphere Coating (ASC) and Super Spectra Coating (SSC), helping to reduce flaring and ghosting, and suppressing the reflection of light, leading to vivid images. These updated lenses inherit the excellent overall build-quality and ruggedness photographers have come to expect and admire from the Canon EF L series of lenses. In addition, the minimum focusing distance has been improved for both lenses, from 2.7m to 2.5m (8.8ft to 8.2ft) for the EF 400mm f/2.8L IS III USM and 4.5m to 4.2m (14.8ft to 13.8ft) for the EF 600mm f/4L IS III USM.

Additional noteworthy features of the lenses include: 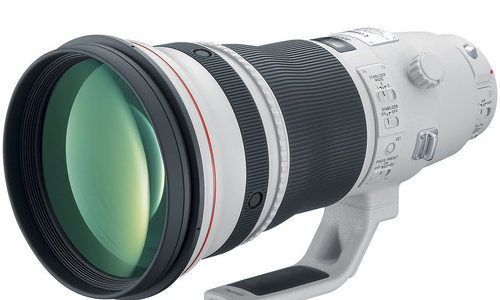 The rumor mill has it that Canon might announce a new lens before Photokina 2018. The rumored lens is the Canon EF 400mm f/2.8L IS III.

With Photokina 2018 being a month away, we should soon see serious leaks, specifications, and possibly some images of the upcoming gear. However, we still have no reasonable hints about what Canon will announce. There are a lot of speculations, and obviously everybody is hoping for the highly anticipated Canon full frame mirrorless camera (all rumors). We have been told Canon will stage a mirrorless related event in the second week of September, others seem to disagree. We too got some conflicting intel later on and at the time being we can not confirm with high confidence that Canon will indeed hold an announcement during the second week of September 2018, and that it will be related to Canon’s full frame mirrorless camera.

Announcement wise, and on top of the probability, ranking you’ll find the EOS M5 Mark II, a 32-35mm f/1.4 or f/1.8 lens for the EOS M system, and we all hope to see a Canon full frame mirrorless camera (at least one). Some yet unknown lenses may also be announced.

We didn’t get any new intel about the EOS 90D/EOS 80D Mark II or the EOS 7D Mark III. An announcement in 2018 is still in the realm of possibilities but appears to become more unlikely as time goes by.

Stay tuned, there is more to come in the next weeks.

Matt Granger seems to be the first one to post such a comparison. According to Matt Granger, the Sony 400mm “smokes the Nikon & Canon”, and is…

Lighter, fast and optically superior – the Sony lens is damned impressive! However there are two issues…

I guess there are no issues on the Canon and Nikon 400mm lenses.