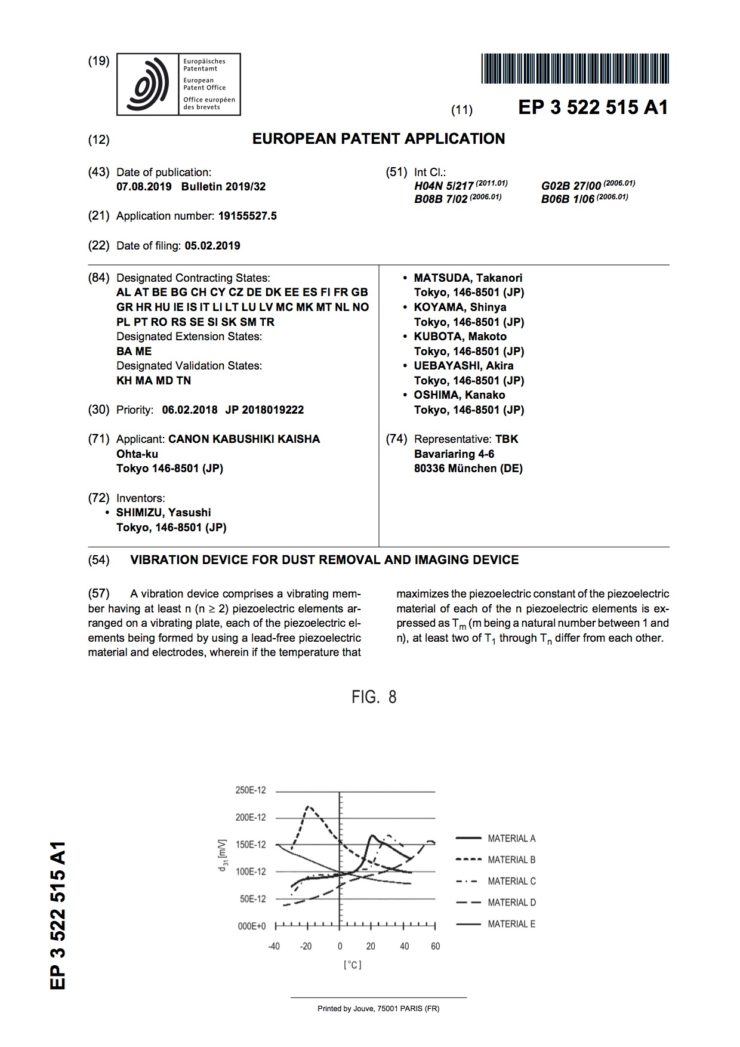 Excerpts from the patent literature:

An imaging device such as a digital camera for picking up and recording an image by converting an image signal into an electric signal receives an imaging light flux by means of the image pick up device, which may typically be a CCD (charge coupled device) or a CMOS (complementary metal oxide semiconductor) it comprises. Then, the photoelectric conversion signal output from the image pickup device is converted into image data, which image data is then recorded in a recording medium such as a memory card. In such an imaging device, a cover glass, an optical low pass filter, an infrared absorption filter and other parts are arranged in front (on the subject side) of the image pickup device to form an image pickup unit there.