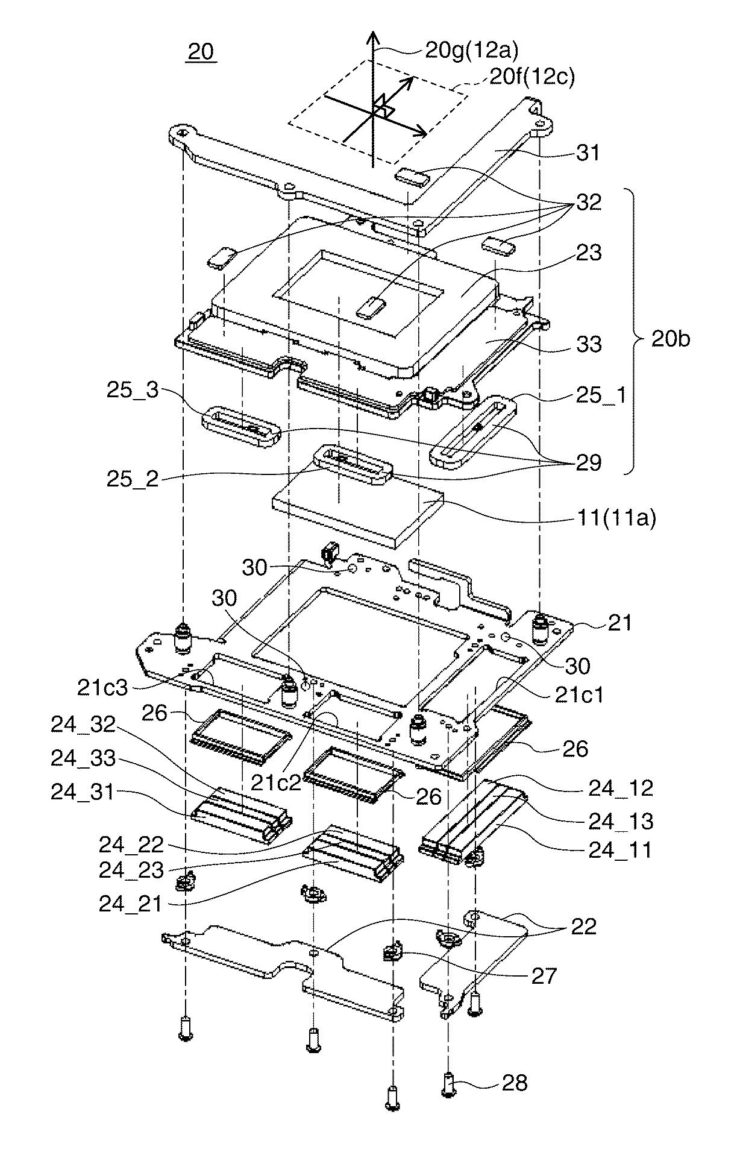 Image from the Canon patent application

There might be no more doubt that Canon is actively working on IBIS (In Body Image Stabilisation). Here is another Canon patent application.

Canon patent application 2019-152785 describes an IBIS unit and its working. An excerpt from the paten literature:

Some rumor outlets are presenting this patent application as the patent describing “the IBIS” Canon is going to feature on future cameras. We’d be a bit more cautious with such claims. There is nothing to proof it is “the IBIS”. More likely, it’s just one more IBIS patent in a long row.

We have no doubt IBIS is indeed coming to future Canon cameras. We would just be a bit more prudent and avoid saying it will be on board on Canon’s next EOS R model (which most likely it will not). Not on the next one, but maybe on the camera coming after.