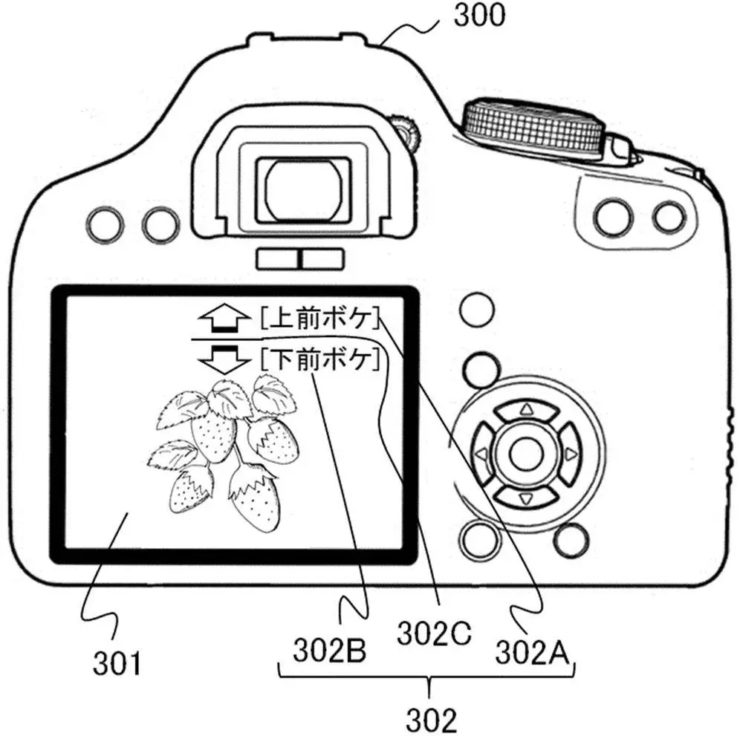 PROBLEM TO BE SOLVED: To enable a user to intuitively and quickly perform an operation for tilting shooting.

By tilting or shifting a lens with respect to an image pickup surface, it is possible to obtain a tilting effect such as tilting a subject surface in focus with respect to the image pickup surface. Patent Document 1 has two operating rings on the outer periphery of the lens barrel, and the orientation (rotation position) of the tilt axis of the lens in the lens barrel around the optical axis can be changed by rotating the first operating ring. Disclosed is a lens device capable of changing the tilt direction around the tilt axis of a lens by rotating the second operating ring.

The present invention provides a lens device that allows a user to intuitively and quickly perform an operation for tilting photography.

A new Canon patent, and once more more for RF mount lenses (what else?). Canon…

And here is another Canon patent application for two RF-mount lenses with Defocus Smoothing technology.…