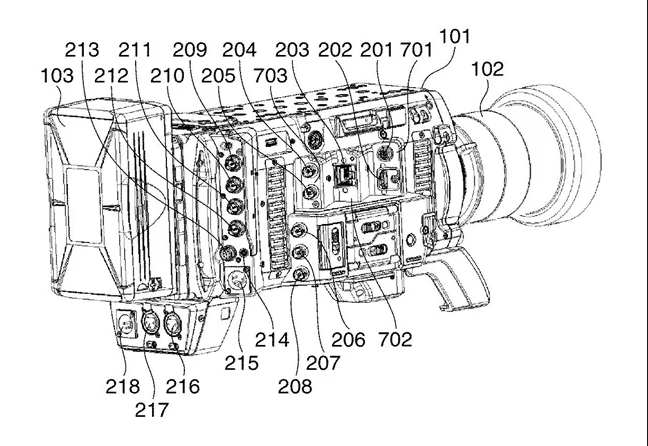 Two new Canon patents for you to speculate about. One is about a stacked imaging sensor, the other one describes a video camera that looks a lot like the C700.

If it cannot cope with the increase in the vertical output line, it is necessary to mount a correction circuit on the image sensor. In this case, it is necessary to also mount a memory for storing the correction value, the power due to the read / write of the memory also increases, and the power consumption increases more and more.
The   present invention has been made in view of the above-mentioned problems, and an object of the present invention is to provide an image pickup apparatus capable of achieving both high-speed reading of a pixel signal and reduction of power consumption.