Is your lens back- or front-focusing? Don’t despair, you can calibrate the lens without expensive and complicated tools. Here is how to calibrate lens autofocus.

Karl Taylor posted a short video where he explains well how to proceed to calibrate your lens. He says:

All you need to accomplish it is:

And here is the 5 minutes video explaining how to calibrate your lens:

Here is something useful. A video about hot to do autofocus microadjustment.

The 14 minutes video below by Michael The Maven shows how to microadjust autofocus on your lens using a cereal box and a ruler. He uses a Canon EOS 90D to show it.

The cereal box and ruler method allows photographers to quickly visualize where their lenses are focusing and to verify if they are out of alignment. This video demonstrates the philosophies of MFA (micro focus adjustment) and some of the principles to become familiar with if you decide to try this on your own.

If you prefer there is a neat written tutorial about how to do autofocus microadjustment by Canon itself and you can download it here. 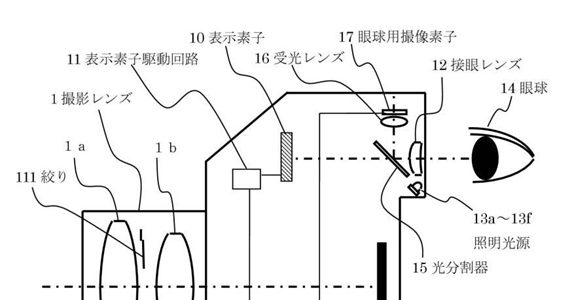 Recently a Canon patent application was spotted that discussed technologies for an eye-controlled autofocus system. Something Canon already offered back in the film days with the Canon EOS 3.

Taking inspiration from the above patent, DPReview TV’s Chris and Jordan consider what a modern eye-controlled AF system might mean to photographers. The following topics are discussed in the 5 minutes video below:

Panasonic DFD is a technology that calculates the direction and the amount to move the focus lens at a single movement by predicting it with 2 images that have different depth of field (more here).

Canon’s Dual Pixel AF is an established technology and the reference in the industry. The next iteration of this autofocusing technology has already by filed as patent application.

The video below by DPReview TV, Chris and Jordan discuss Panasonic DFD and how it compares to Canon Dual Pixel AF.

US Patent Application 20490158760 discusses how to get better autofocus performance when picturing objects in the sky, like the moon.

In recent years, the number of pixels in image capturing apparatuses such as cameras and videos has increased, a slight defocus state of an image has become conspicuous and, more precise focusing is desired. This is the same in shooting an image of celestial bodies (stars, moon, and so forth) in the night sky.

Focusing on celestial bodies is performed by calculating a focus position at which an area represented by high brightness signals is strictly minimized when regarding each celestial body as a point light source. As stars and the moon which are subjects in astrophotography at night are located substantially at infinity and there are specific exposure settings for astrophotography, there is an independent shooting mode for astrophotography different from other scene modes. Hereinafter, a mode for shooting the moon as the main subject is referred to as a “moon shooting mode”.

Japan Patent Application 2019-078959 describes am improved viewfinder which improves on aberrations and magnification while maintaining a long eyepoint.

[…] the focal length of the eyepiece is about 65 mm, and the finder magnification is about 0.8 or less when the standard lens with a focal length of 50 mm is mounted as a photographing lens.
Therefore, in a camera using a so-called APS-C size sensor in which the size of the image circle is smaller than a 35 mm film, the finder image becomes smaller than the conventional silver halide film camera.
Further, in the prior art disclosed in Patent Document 2, although the finder magnification is as high as about 1 time, it is difficult to sufficiently correct axial chromatic aberration and lateral chromatic aberration.
Therefore, an object of the present invention, while increasing the magnification while maintaining high optical performance, is to provide a finder optical system capable of ensuring long eye point.

Japan Patent Application 2019-078903 describes how to implement an image stabilisation system on a tilt-shift lens while also lowering the power consumption.

It is an object of the present invention to provide a lens apparatus capable of reducing the power consumption while being able to shoot under an eyebrow and correct the shake, and an image pickup apparatus using the same.
To achieve the above object, a lens device of the present invention,
– an optical system comprising a plurality of lenses,
– the shake correction lens of the plurality of lenses the optical system A – driving unit for moving in a direction crossing the optical axis;

US Patent Application 20190155003 describes optical formulas for more telephoto lenses. As with the previous patent application, here too reduction of chromatic aberrations is discussed.

We all know Canon has the best on sensor AF, Dual Pixel AF. But there are other AF technologies.

The video below by Gerald Undone compares the technology behind autofocus systems like Canon’s Dual Pixel AF in the new EOS R, the hybrid phase-detection in the Sony a7 III, and the Depth from Defocus Contrast Detection found in the Panasonic Lumix G9. Enjoy.