The most die-hard of the implausible Canon rumors surfaced again. Although this time with some confidence. Will there be an EOS R model with an APS-C sensor?

According to the rumor mill that always propagated this rumor, Canon will announce such a camera in the second half of 2022. We still have a hard time to buy it. But we might be wrong, of course. It’s just that we don’t see Canon sidelining their EOS M system for another interchangeable lens system with APS-C sensor.

According to the source of the rumor, quoted as a “good source”, Canon will release a camera with RF mount and an APS-C imaging sensor. The imaging sensor is said to be a backside-illuminated sensor (BSI). Said sensor is rumored to get featured in “more than one camera”. It’s not known it these cameras will also have an RF mount, or not. Finally, a sensor resolution of 28-32MP is rumored.

Help us out here: do you think this is something that might happen? And if yes, what will be the future of the EOS M system? Time ago we got a suggestion that the EOS 7D Mark II will not be replaced. This lead many people to think the 7D2 will get replaced by an EOS R model with APS-C. This theory gets reinforced by the fact that the EOS M system seems not to be fit for a 7D2 replacement. 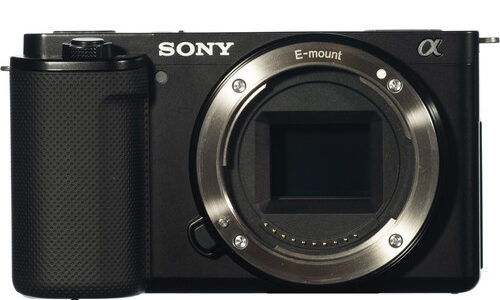 The Sony ZV-E10 seems to aim at the videologger crowd. A review at PetaPixel is already live.

And here are two reviews/previews:

It seems the rumor about Canon allegedly working on a camera with RF mount and an APS-C sensor has now been downgraded to Canon “actively been doing market research” to learn if such a camera makes any sense. We stated since this rumor came up: it does not. Neither is the future of the EOS M system uncertain or unknown. It’s a best selling APS-C mirrorless camera line-up.

The rumor about a camera with RF mount and APS-C has always had a home in the interweb of rumor mills. It’s years old, it started a few weeks after the release of the first Canon EOS R, and has always been utterly unrealistic. At least to us. The rumor got a climax in June 2021 when the suggestion of not less than three EOS R cameras with APS-C sensor came up. It appears now it is like we are “going to see one someday” in the best of cases.

There is the question of the successor of the Canon EOS 7D Mark II, Canon’s pro-oriented APS-C DSLR. A rumor we got suggests Canon does not think there are enough 7D2 shooters to justify a replacement. The EOS R system appears to be the cure for everything.

The Canon EOS M50 Mark II flies a lot under the radar. Mainly because people and reviewer think that there is not much more compared to the Mark I. Still, the EOS M50 Mark II is best selling as did the Mark I, especially in Asia.

Here is an interesting Canon patent application spotted by asobinet.com.

The Canon patent application seems to discuss optical formulas for various zoom lenses for the RF mount, and for APS-C sensors.

Not sure what to think about this patent. Any idea?