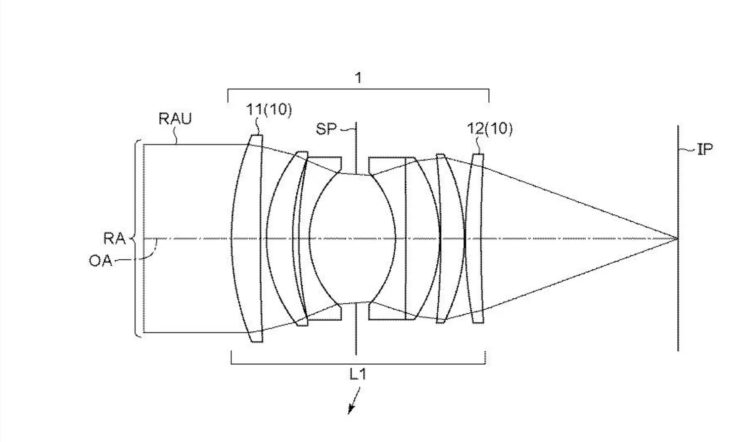 A new Canon patent application. Three fast primes are discussed, all seem to have Defocus Smoothing on board.

All three lenses have Defocus Smoothing. From the patent literature:

PROBLEM TO BE SOLVED: To provide an optical system having high wavelength uniformity in a pupil surface.

As an optical element used in an optical device, an ND (Neutral Density) filter for adjusting the amount of transmitted light is known. In particular, in order to improve the variation in sharpness of the contour of the out-of-focus image (blurred image) (to obtain the apodization effect), a gradation type ND filter (GND filter, apodization filter) having different transmittance for each region is used. Be done. Patent Document 1 describes a GND filter in which an apodization effect is obtained by using a film whose thickness changes for each region.

However, in Patent Document 1, the uniformity (wavelength uniformity) of the transmittance distribution on the pupil surface with respect to the wavelength when the GND filter is applied to the optical system is not considered.

A new Canon patent, and once more more for RF mount lenses (what else?). Canon…

And here is another Canon patent application for two RF-mount lenses with Defocus Smoothing technology.…